Rulers are now a spline asset much like any other. You can find these by typing in Ruler in the search field (under the Splines Category).

Rulers are placed like any other spline asset and the distance between two spline segment ends is show as an overlay, along with the compass heading the spline is pointing. 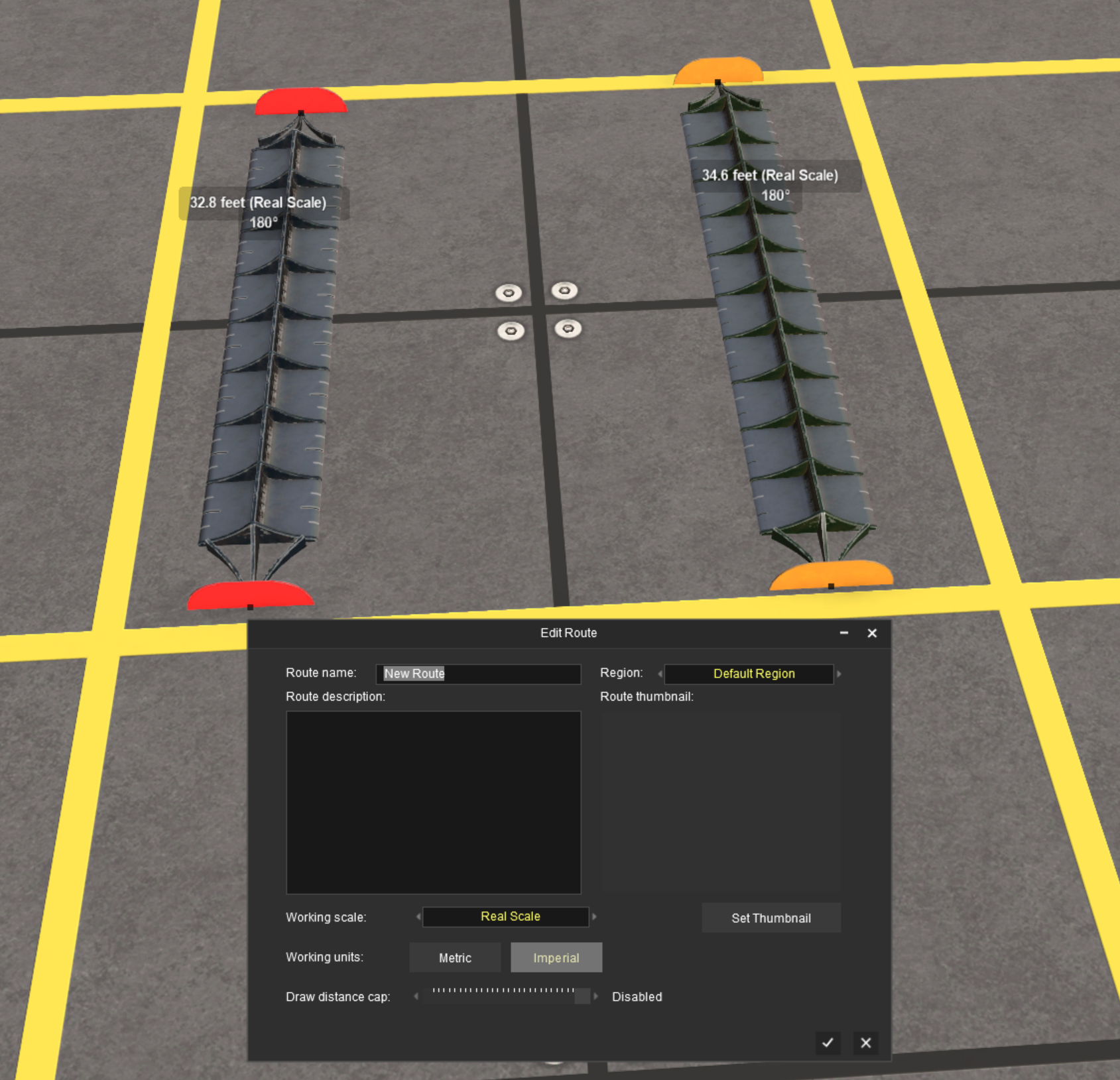 To change the measurements shown in the overlay, click on Edit Menu > Edit Route > then choose Metric or Imperial.

There are two different asset included in the base content set. One is named Ruler - Imperial and the other Ruler - Metric.

Ruler - Metric has 10 segments per 10m segment and 4 smaller markings per meter (so roughly 250cm each).

Ruler - Metric has 11 segments per 10m segment and 3 smaller markings per meter (so roughly one foot each).

Note: Due to the way splines are created in Trainz, the segemented markings do not correspond exactly to real world measurements. The overlay distance is the accurate guide and the visualisation on the spline is approximate only.

Create a new ley under the Route Layer called "Rulers". Then when placing rulers, select the Rulers" layer. This means you can then easily show or hide rulers at any time. :::

Was this article helpful?
Thank you for your feedback! Our team will get back to you
How can we improve this article?
Your feedback
Comment
Comment (Optional)
Character limit : 500
Please enter your comment
Email (Optional)
Email

By entering and using this site, you consent to the use of only necessary cookies to enhance your site experience and improve our services.